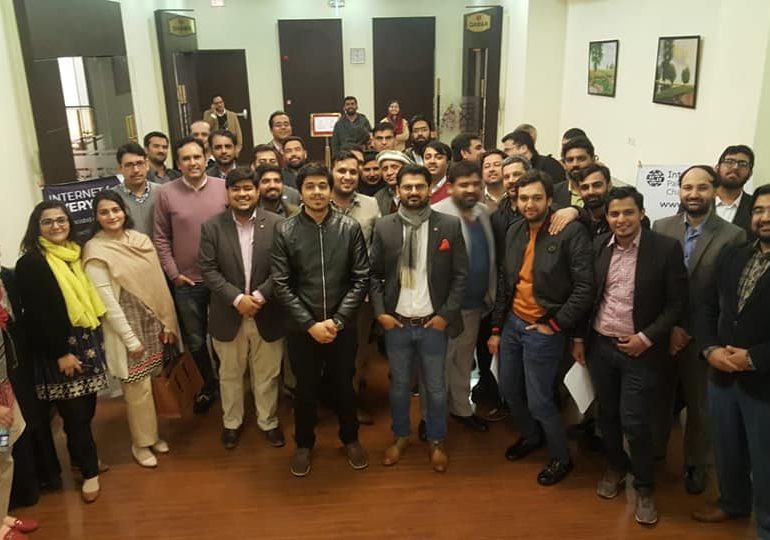 Mr. Waqas Hassan, Chapter President welcomed the members and opened the proceedings with a round of introductions. AGM was attended 65 plus members.

Vice President, Ms. Sidra Jalil, presented the chapter progress report followed by the Chapter Financial report delivered by Mr. Muhammad Adil, the treasurer. Then, the chapter activity plans for 2019 were briefed to the members.

Elections were held for the post of General Secretary due the the resignation of previously elected GS. After votinf by the active members only, Mr. Farhan Khan was elected out of the four contesting members.

One clause defining the active member has also been amended from ” At least one meeting + One chapter sponsor event” to “Two chapter meeting at least”.

Chair Board of Directors, Dr. Amir Qayyum, presented the chapter performance review and spoke highly of the chapter activities in the last year.

Certificates were distributed among the successful students of Online Course on Internet Governance. Moreover, token of gratitude were presented to the instructors (Mr. Salman Zafar, Mr. Muhammad Shabbir Awan and Mr. Zakir Syed).

The meeting ended with a warm note of thanks by the President, followed by hi-tea.